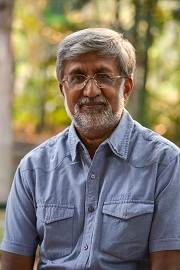 The insertion of guest molecules and polymers into inorganic host lattices, usually layered or porous solids, has been an attractive route for the synthesis of new materials as well as a source of new phenomena. Insertion could, in principle, lead to materials which combine the optical and electrical properties as well as chemical reactivity of the guest with the mechanical strength, thermal stability and electronic properties of the host and so possess properties which may not be achieved by either component separately. We have, in the last decade, been looking at guest molecules inserted by intercalation into the galleries of the layered metal chalcogenophosphates and by encapsulation in the voids of microporous zeolites. Confinement affects properties of both host and guest and our research efforts have been to understand the nature of these changes and how these reflect on host-guest interactions.

The intercalation chemistry of the layered metal chalcogenophosphates, MPS3 (M=Mn, Fe, Ni, Zn or Cd and X =S or Se) has been investigated. When M is a paramagnetic ion both crystallographic and magnetic lattices are two-dimensional and exhibit anti-ferromagnetic ordering at low temperatures. We have shown that this family of compounds are unique in that the spin-dimensionality can be controlled either by the choice of the transition metal or the chalcogen. The intercalation chemistry of the MPS3 compounds is quite different from other layered materials. They undergo a rather unusual ion-exchange intercalation reaction; solvated cationic guest species insert into the interlamellar space with an equivalent loss of divalent metal ions leaving random immobile vacancies in the layer. The guest cationic species and the neutral molecules solvating them may be independently exchanged giving rise to a rich diversity of intercalation compounds. In addition when M is a paramagnetic ion intercalation leads to profound changes in magnetic properties.

We have looked at the organization and motion of guest species confined by intercalation within the galleries of insulating, diamagnetic CdPS3 using a variety of spectroscopic methods and dielectric and conductivity measurements. The systems that we have looked at include intercalated hydrated alkali metal cations and intercalated alkali-metal polymer-electrolytes formed by replacing the hydration shell of the intercalated alkali—metals by polyethylene-oxide or polypropylene oxide. We show that the properties of these guest species confined to the ‘flatland’ of the interlameller region are quite different from those exhibited by these molecules in the bulk.

The internal surface of the galleries of the MPS3 compounds can be ‘functionalized’ by intercalation of cationic surfactant species. This results in a significant change in their chemistry from one, which is essentially hydrophillic to one that is ‘organophillic’. The organization of the hydrocarbon ‘tails’ of the surfactant depends on the grafting density and consequently different phases of the two-dimensionally confined hydrocarbon - monolayer, bilayer, interdigitated bilayer - can be realized. Small molecules, aliphatic alcohols, phenols, etc, can be solubilized in this two-dimensional surfactant giving rise to a unique (host-guest)-guest chemistry. We have exploited the close similarity between the intercalated surfactant bilayer and biomembranes to show that bioactive molecules e.g. cholesterol can bind to the hydrocarbon ‘tail’ of the intercalated surfactant.

The properties of transition metal complexes and organometallics encapsulated within the channels and cages of zeolites have also been investigated. We have focused on the ‘ship-in-a-bottle’ compounds, which for steric reasons have to be assembled in situ by bringing metal and ligand within the zeolite void. In these compounds the topology and dimensions of the void have a profound influence on the geometry that the encapsulated compound adopts, leading in turn to appreciable changes in electronic and magnetic properties. The Cobalt-trisbipyridyl complex ion, for example, when encapsulated within the super-cage of Zeolite-Y exhibits a thermally driven interconversion between a low-spin and high-spin state - a phenomena not observed for this ion either in the solid state or in solution. We show that this spin behaviour is intra-molecular in origin and arises because the Co-tris (bipyridyl) ion is forced to adopt geometry different from that in the un-encapsulated state. Square planar complexes like Cobalt(II) phthalocyanine have been encapsulated within the super-cage of zeolite-Y. Within the supercage the encapsulated complex is forced to adopt a non-planar geometry,a consequence of which is the ehancment in the magnetic moment.