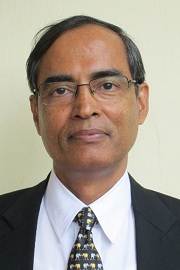 We study the structure and reactivity of molecules, clusters and solids using theoretical techniques ranging from the simplest of molecular orbital methods to sophisticated electronic structure theory depending on the system at hand and the questions that are to be answered. We place great importance in not only getting numbers as an answer to a problem, but also in finding out why the numbers turn out the way they do, based on overlap of orbitals, perturbation theory, symmetry, and in devising transferable models. Though an individual student may study specific projects in an area, there is an emphasis in the group to learn everything that goes on in the group. Regular group meetings largely achieve this.

We attempt to relate different areas of chemistry by generating models that are applicable in a variety of contexts. Often these require detailed study of apparently unrelated problems in different branches of chemistry. Relationships are then established between problems in one area to another: e.g. between organic and organometallic chemistry, amongst the chemistry of various main group elements, between allotropes of elements and their compounds, and bonding patterns across the periodic table. Recent examples include the generalization of the blue-shifting weak H-Bond (X-H---Y) to other such interactions (X-Z---Y); C-H Bond Activation across the transition metals; acetylide coupling across the main group, transition metals, lanthanides and actinides; nature of three membered rings across the main group; relationship between polyhedral boranes, elemental boron and metal borides; relationship between allotropes of boron, and so on. Study of such a wide variety of specific projects brings in various descriptive names to our research. These have included at different times Theoretical Inorganic Chemistry, Theoretical Organic Chemistry, Computational Chemistry, Transition Metal Organometallics, Electronic Structure and Electron Counting Rules, Three Dimensional Aromaticity, Boron-rich Metal Borides, Molecular Modeling and Computational Drug Design. Current projects include: X-Z---Y where Z is transition metal fragment; carbon threads; borophenes; borospherenes; variation of structure of boranes as a function of # of hydrogens; C-H Bond activation; C-C coupling across main group, transition metals, lanthanides and actinides; three membered rings in the main grop; metallaboranes and metallacarboranes, and Molecular dynamics and reactions of boranes;