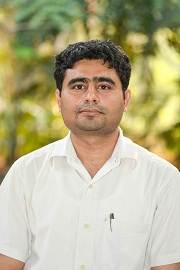 A postdoctoral position is available to work in the area of molecular electronics, spectroscopy, and fluid theories. The projects involve substantial amount of analytic as well as numerical techniques. Experience in writing computer code in Linux will be useful.

Broadly speaking, we are interested in the study of optical and transport properties of manybody quantum systems using the standard tools of statistical physics. In the last decade or so, several experiments have focused on transport in single molecular junctions. We try to model these systems to understand the influence of many-body interactions on experimentally observable quantities, such as electron and/or photon currents. Our motivation to study transport in quantum junctions is driven not only by its fascinating applications to nanoelectronics but also due to the implications it has in understanding the fundamental physics. Recent developments in this field have lead to a so-called “fluctuation theorem (FT)” which has greatly enriched our understanding of the second-law of thermodynamics. The FT is related to the non-equilibrium thermal fluctuations in observables contributing to the entropy production in a non-equilibrium system. We study these fluctuations in context of transport in quantum junctions. In order to study non-equilibrium evolution of the system, we mainly use the Quantum Master Equation (QME) or the Non-equilibrium Green's function formulations.

In analogy with laser optical spectroscopy electron transport can be used to probe the non-equilibrium properties of a QS through its I/V characteristics. The inelastic electron tunneling signals (IETS) in the scanning tunneling microscopy (STM) currents, coming due to energy exchange between the tunneling electrons and the molecular phonons, carry useful information about the bonding configuration of the molecules on the surfaces.

Current induced fluorescence (CIF) forms the basis for many technological applications, e.g., light emitting diodes. The observation of light emission induced by the electronic current in single molecular junctions, carbon nano-tubes, and nano-wires is a remarkable recent development. The scanning tunneling microscopy tip or metal wires allow the control of electron and hole injection into specific positions within a molecule. Unlike the laser induced fluorescence, CIF involves different charged excited states of the molecule.

The study of transient violation of the second law in non-equilibrium systems has received a great attention in recent years. Several fluctuation relations have been found which quantify the probability of those non-equilibrium trajectories that violate the second law of thermodynamics. We formulated a QME approach to study fluctuations in electron and boson transport through QS. We identified entropy productions due to various non-equilibrium mechanisms. The entropy production along a system trajectory (Δs), its adiabatic and non-adiabatic parts, each separately satisfy an integral FT.