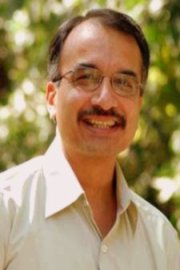 The work in Jagirdar's laboratory is carried out in two broad areas: transition metal organometallic chemistry and materials chemistry. Major areas of research in transition metal organometallic chemistry include (a) activation of small molecules, (b) homogeneous catalysis, and (c) molecular precursors for certain useful materials. These investigations involve extensive synthetic, structural, and mechanistic studies employing a wide variety of analytical methods, with an emphasis on multinuclear NMR spectroscopy and X-ray crystallography. The areas of research in materials chemistry include (a) materials for hydrogen storage and hydrogen generation and (b) catalysis. This work involves extensive use of microscopy, powder X-ray diffraction methods, and thermal analysis

The activation of unreactive chemical bonds in small molecules is an area of active current interest. Toward this goal, our group has been studying the activation of the H-H bond in H2, the Si-H bond in silanes, the B-H bond in boranes, and the C-H bond in methane/alkanes using organometallic compounds in the hope of realizing methane conversion catalysts for the transformation of methane into methanol. The partial oxidation of methane in natural gas to a liquid fuel, for example, methanol, is one of the holy grails in the field of catalysis. In addition, our work also involves mapping the reaction coordinate for the oxidative addition of H2 to a metal center in order to address the question as to what point can the H-H bond be considered to be broken. This is of great significance in homogeneous hydrogenation catalysis.

The insertion of heterocumulenes such as CO2, CS2, and COS into metal-hydride and metal-carbon bonds of transition metal fragments and their subsequent functionalization is an area of active interest due primarily to their potential as sources of C1 chemistry for the generation of useful organic compounds. Currently, efforts in this laboratory are directed toward inserting these molecules into M-H and M-C bonds, functionalization of the resulting species, and the subsequent elimination of the organics. At the same time, attempts are being made to recycle the metal containing fragments thus making the process cyclic.

With the rapid depletion of petroleum resources around the world, there is a strong and urgent need for an alternative fuel to meet the ever increasing energy demands. In this regard, hydrogen as an alternative to fuel offers excellent advantages such as higher energy output (upon combustion) and the environmental friendliness. Impediments in the deployment of H2 as a fuel include its storage and transportation. Current efforts in our laboratory are directed toward the development of hydrogen storage materials, primarily monometallic, core-shell and alloy, and composite nanoparticles. In addition, efforts are also focused on the development of nanocatalysts for hydrogen generation from certain substrates and for hydrogenation reactions.