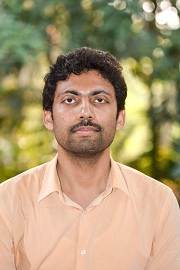 Current Areas of Investigation Include

Highlight of a few Recent Works:


Metal-contained energetic materials are used as Rocket fuel. Furthermore, high energy density materials are decomposed on catalyst bed to achieve forward thrust in rocket engine. We are exploring mechanistic and dynamical details of the decomposition of high energy materials in presence of metal particles (nanoparticles). Our recent work is shown below.

Charge migration is very fundamental event in chemistry. In a broader perspective, two mechanisms are found: (1) pure electronic mechanism which is driven only by electron-electron correlation and relaxation, and (2) coupled electron-nuclear mechanism which involves nuclear motion along with the charge migration. We are interested in the first mechanisms because this is mostly unexplored. In particular we are interested in exploring charge migration dynamics through non-hydrogen noncovalent bonds (such as halogen, chalcogen, pnicogen and tetrel bonds).

Vertical ionization is a process which can be used to explore pure electronic aspect of charge migration in which nuclei do not take part. The procedure of quantum dynamics simulation of this hole migration dynamics at frozen nuclei include a few steps: the HOMO of the neutral is projected onto all stationary cationic molecular orbitals (obtained under unrestricted SCF-scheme) and then a time dependent phase factor (e-iEAt/h ) is introduced to the final equation of the hole orbital:

One of our recent results is shown below